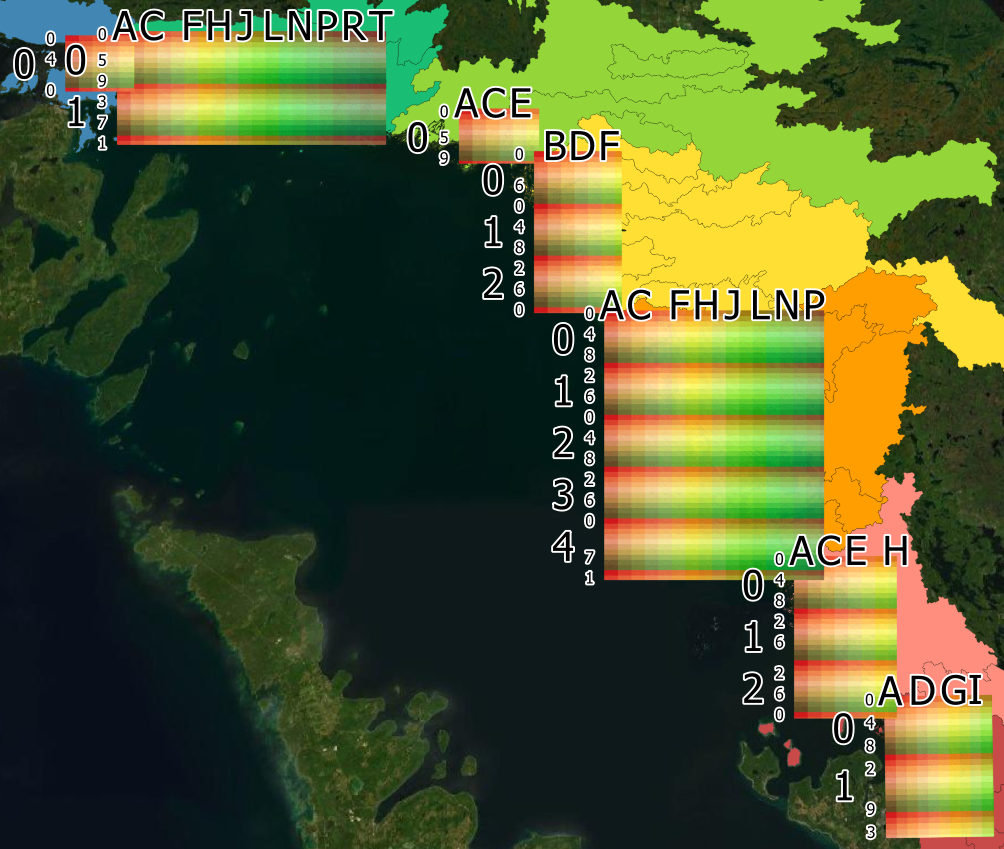 Purpose Fishnets are useful for a variety of projects and fields including conservation where it can be used to assign a reference code for unnamed sites and identify sites with a geographically unique name. The current fishnet tool in ArcGIS does not include a function to label each cell with a unique code. A tool […] 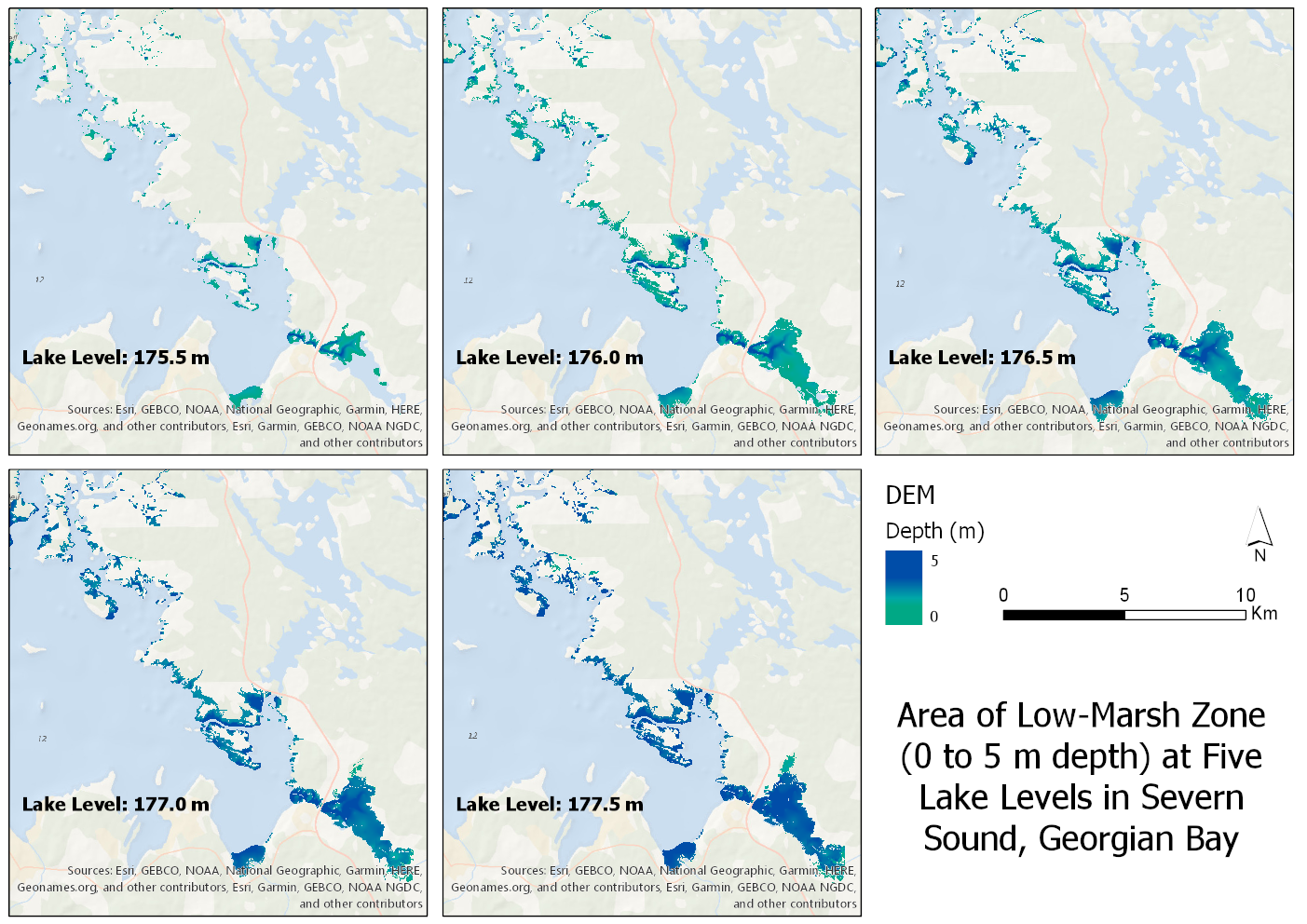 When given the task of clipping a large DEM of Georgian Bay to a large shapefile of wetlands running along eastern and northern Georgian Bay at five different lake levels between specific depths, it led to more crashes than I expected. I found similar problems online and I want to show how I overcame it. […] 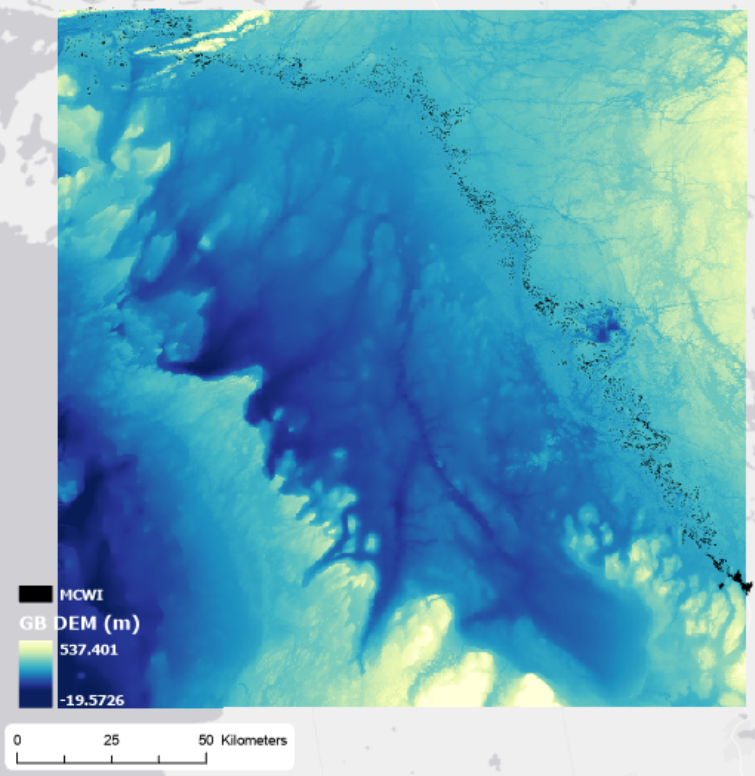 For my undergrad independent project, I am creating an atlas of coastal Eastern Georgian Bay with the Pat Chow-Fraser Lab at McMaster University. The atlas covers wetland information such as fish and vegetation community, water quality indices, wetland area and volume, and more. I primarily work on calculating wetland area and volume at five different […]