Kernel Density is a spatial analyst tool that calculates the magnitude-per-unit area of point features to smooth it out. In other terms, this can be called a heatmap. Kernel density allows you to set a radius to calculate the density. In this analysis, we will be looking at the number of major crime indicators within 1km2:

In the six maps below, the darker the colour gets, the more occurrences per 1km2 there are. It is important to note that each map has different ranges assigned to the colour classes. To compare numbers between the maps, refer to the values in the legend of each map. 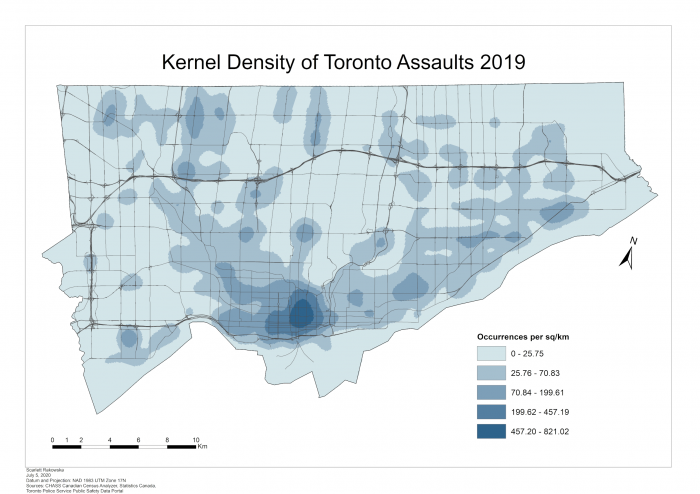 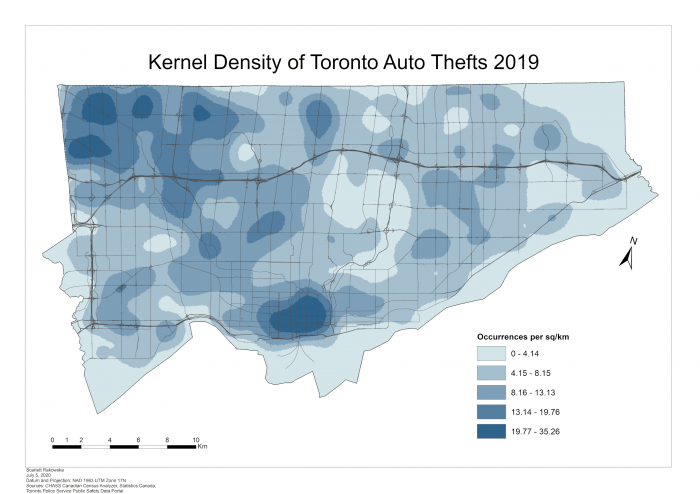 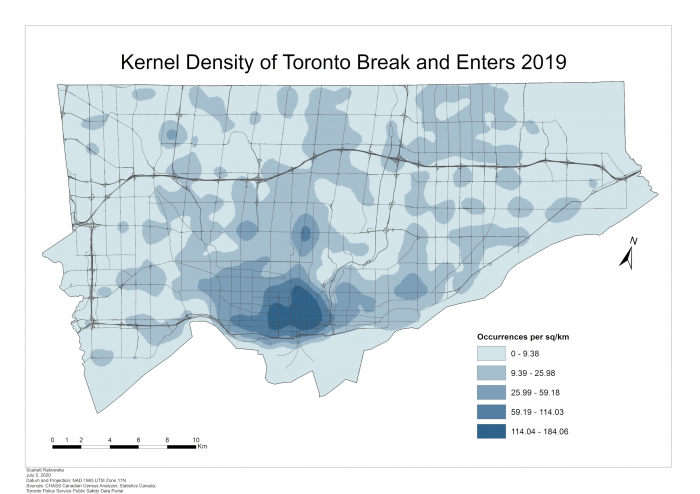 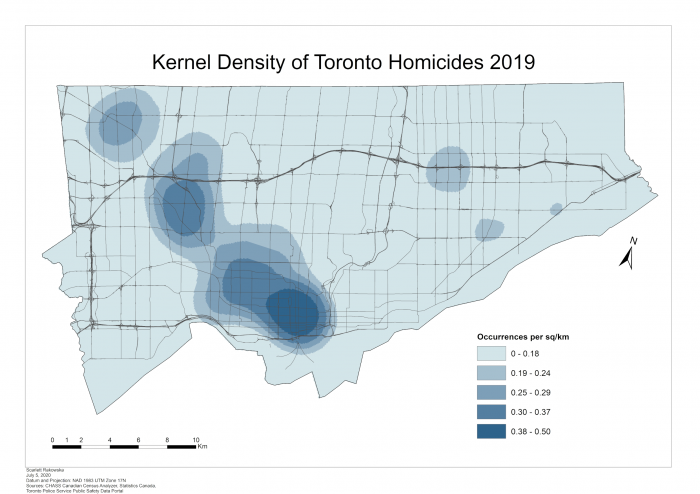 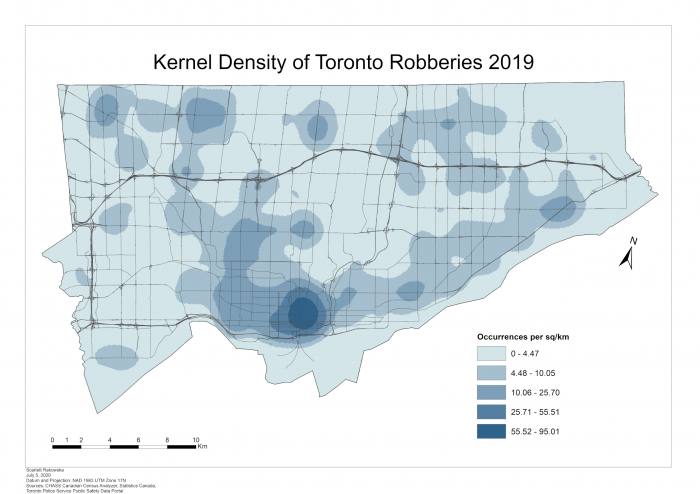 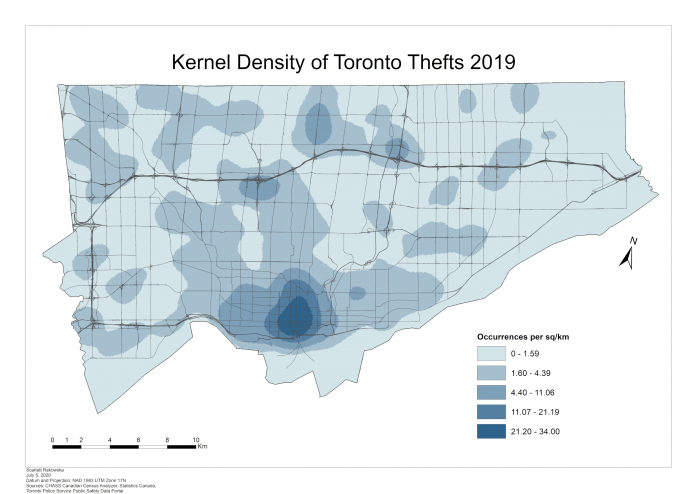 When mapping the kernel density of the major crime indicators in Toronto, it is evident that patterns occur. In all six maps above, it is clear that the most occurrences per sq/km are centred in the downtown core of Toronto, around the Yonge and Dundas area.

While the pattern of these major crime indicators being focused on the downtown core was expected, it is appropriate to compare these data visually through the city’s population density. 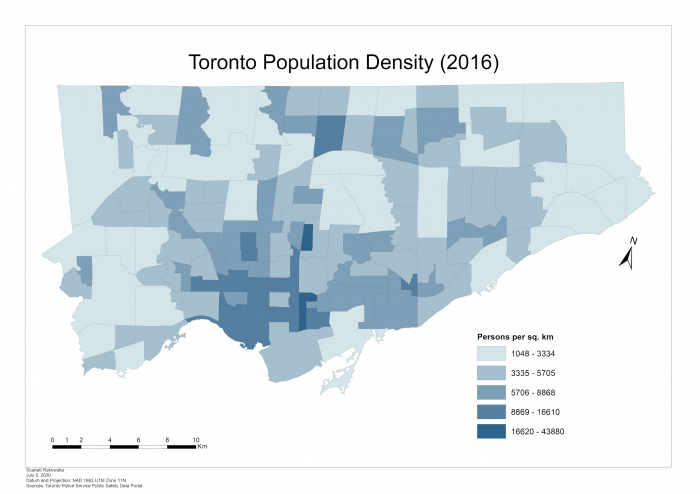 When looking at the auto thefts and the homicides, there is a north-western pattern that arises while densities are still highest in the downtown area of the city like the other four indicators. This pattern would have to be further analyzed.

It is evident that when looking at all six maps of major crime indicators in Toronto from 2019, there is a concentration in the Yonge and Dundas area. Some indicators begin to spread out a little further but are still higher in the downtown core. Although, when looking at the auto thefts and homicides, even though they continue the pattern of intensity in the downtown core, like the other four indicators, the occurrences have are also relatively frequent in the north-west areas of the city.