As a new addition to the ECCE group of student associates at McMaster University I was rife with anticipation to attend two compelling events hosted by Esri Canada – the GIS in Education and Research Conference (held at Hart House, University of Toronto) and the Toronto User Conference (held at the Toronto Congress Centre). Being the first GIS events of the kind I have attended there was some uncertainty as what to expect, but considering all I have seen, heard, and worked with in regard to Esri products and media I was confident that it would indeed be time well spent.

The GIS in Education and Research Conference held at Hart House was the more intimate setting of the two, though a spectacular building in itself considering the main hall. The day was chock-full of presentations and workshops. Being the first of the two events that I attended, and not knowing until relatively soon to the event that I would be going, I was rather indecisive about which specific showings to catch. This was no matter as there are no wrong answers as to what presentations or seminars to attend.

Particularly notable of all speakers that day were the graduate students presenting their research developments. Having spent so much time learning about established methods and technologies within GIS it was fascinating to see how students are pioneering new applications and techniques in the field. Most memorable of these presentations were research on detecting potholes using smartphones and detecting future events using social media posts. Using GIS not ‘just’ to detect trends and make predictions but to foresee specific events in the future – imagine that!

The User Conference definitely left a more grandiose impression. I knew how interesting the field of GIS could be, but up until attending the plenary talks I was truly unaware at how entertaining it could be as well. The folks at Esri did a tremendous job to make as much a spectacle out of it as an intriguing insight into the technologies – I genuinely was entertained. The attached solutions expo was of high quality and provided valuable insight into the state of enterprise GIS. 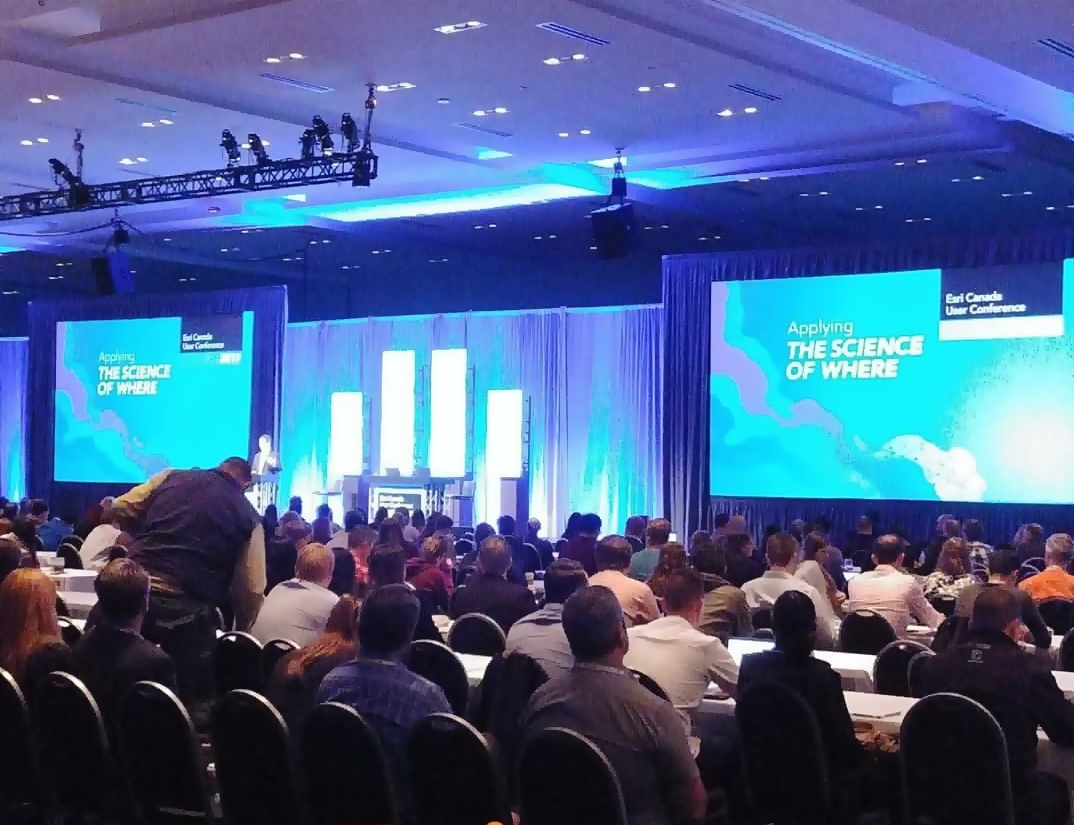 Both of these events were very well organized, registration was easy and straightforward, event info was clear and concise, and the schedules were well defined. The staff at each conference were very welcoming and the system used for on-site registration was very fast and user friendly. I came away from both events having learned a great deal about the state of the art in GIS, and new and upcoming technologies. Perhaps most importantly, as a newcomer, I came away from these events with an enhanced appreciation for the field and a confidence that I am pursuing an area of study represented by an active, budding community whose work will undoubtedly leave its mark (or in the case of environmental studies, lack thereof) on our world.

If you are interested and have yet to attend an Esri hosted event, I would not hesitate to do so!