I recently attended the Esri Canada User Conference in Vancouver which was held at the Vancouver Convention Centre. The conference was filled with a variety of technical presentations from Esri as well as several presentations from local users. During the morning presentations, several different software and ArcGIS extensions were presented. The two that peaked my interest the most were Insights and Drone2Map. Insights is a program that allows users to integrate datasets from several different sources. From here, users can intuitively perform analyses and easily visualize the data in a variety of ways (e.g. maps, charts, figures, etc.). Drone2Map allows users to quickly and easily take photos captured using a camera attached to a drone to create geospatial outputs for use in other ArcGIS programs and applications. I was actually so intrigued by Drone2Map that I ended up attending the technical session on it. I thought that the coolest part about Drone2Map is its 3D capabilities (and the fact that it can make 3D PDFs).

For the user presentations, I attended the ones on “Real-Time Damage Assessment” and another on “Using GIS to Monitor the Overdose Crisis in Surrey”. The first one made use of the ArcGIS applications meant to be used in the field to assess the damage experienced by properties affected by a disaster (e.g. floods & wildfires) in real time. The latter used a workflow with the “Collect Events” and the “Kernel Density” to produce heat maps to help the authorities address the drug overdose crisis that has been occurring Surrey, BC since the beginning of the year. The heat maps were used to figure out where to allocate resources in an attempt at mitigating the crisis.

The user conference was definitely a thought-provoking and fun experience for me. It was really interesting to see live demonstrations of how newly developed technology could be used. The user conferences are a great opportunity for those who are interested in GIS to learn more about the field and to interact with those who are involved in the profession. Also, the free food and swag that they give out is a big bonus! 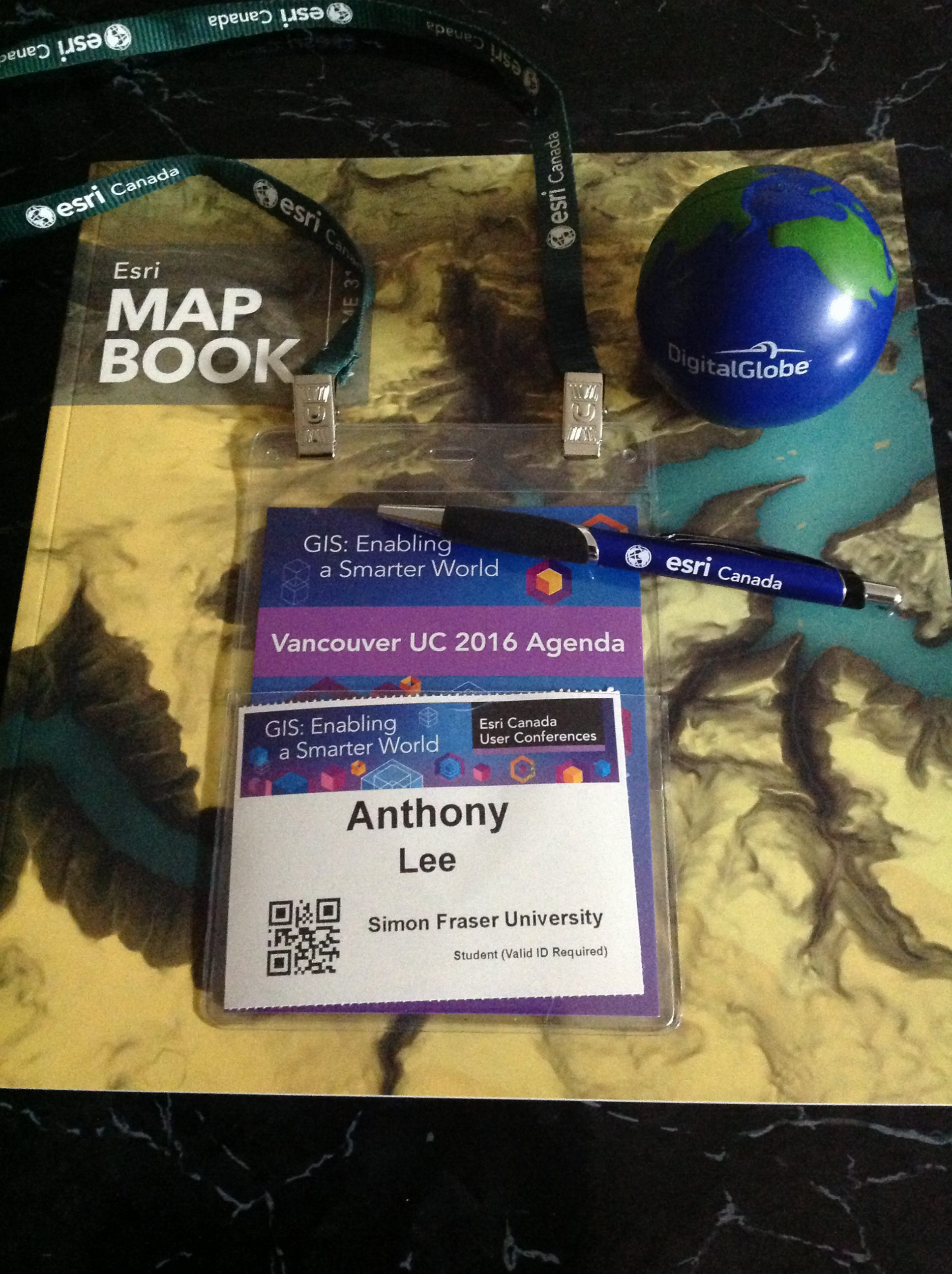