I am currently finishing my final weeks at the Centre of Geographic Sciences (COGS) in Lawrencetown, Nova Scotia where I am completing the Advanced Diploma in Geographic Sciences. Prior to attending COGS, I completed an undergraduate degree at the University of Toronto with a Specialist in Human Geography and double minor in Asian Geographies and GIS.

I was first exposed to the field of GIS in my second year of university. An introduction to GIS course was a mandatory part of my degree and after taking that first class I was hooked. By fourth year a majority of my courses were GIS focused and I was enrolled in a GIS minor. During this time I also completed an internship with Esri Canada in Toronto. At this position I learned to utilize various technologies in daily work including various ArcGIS products, SketchUp, and Photoshop in order to contribute to the creation and development of a 3D routing environment workflow. In my final year I was also working on a team completing a major research project that aimed to develop a quantitative method for assessing forest regrowth. This involved looking at the relationship between species habitat extent and forest fire risk in combination with fire burn scarring (figure 1). Using this data we could establish priority areas for species conservation and forest regrowth efforts. Utilizing a python script this method was applied temporally to visualize the change in priority areas over time (figures 2 &3). 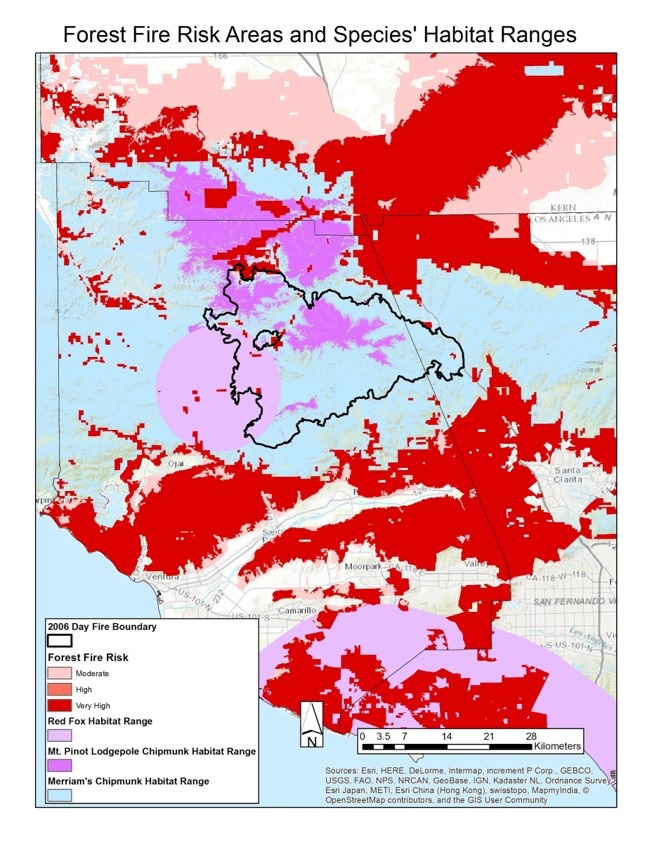 Figure 1. This map shows the distribution of multiple at risk species, areas of differing fire risk, and the outline of the 2006 California Day Fire 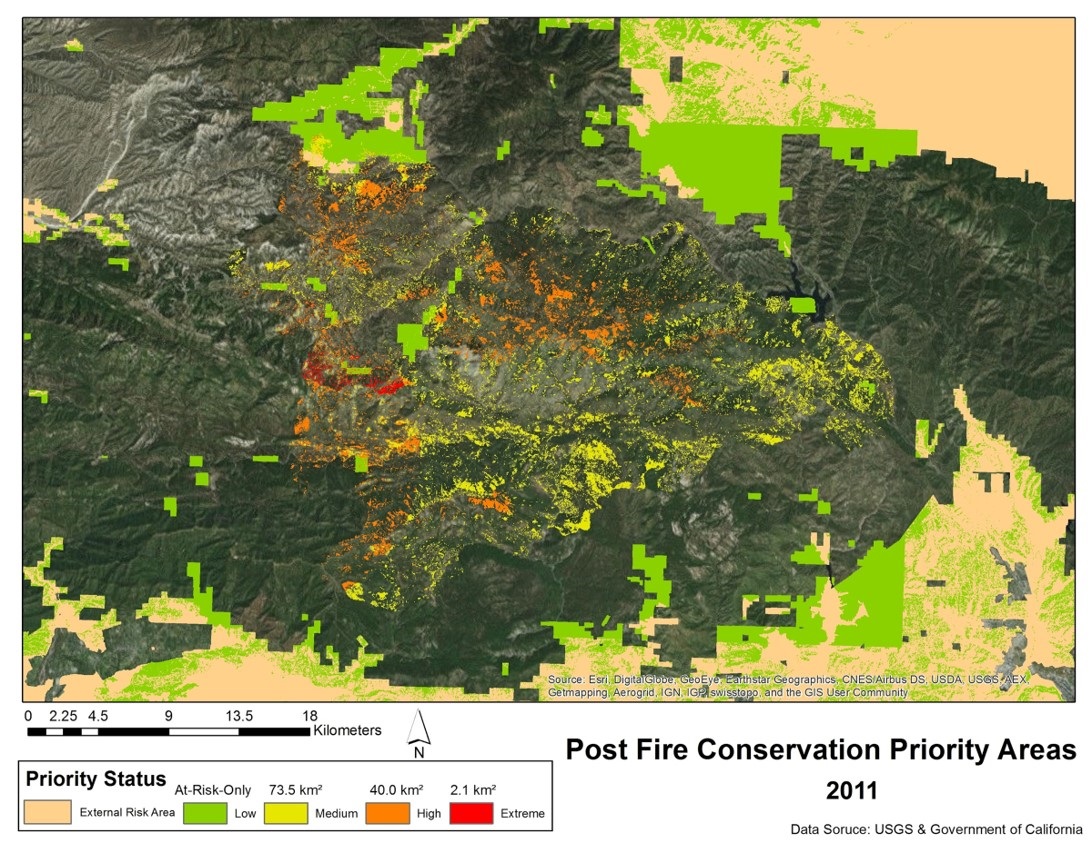 Figure 3. Conservation Priority Areas five years post fire. This project was meant to be a framework for how conservation efforts could be managed and had such efforts been implemented one could expect the distribution of risk areas to not only shrink as the forest recovered (as seen here) but also change in spatial location as active efforts to promote regrowth would reduce high risk areas more quickly.

Being a geography student, it was no surprise that I would be drawn to the GIS field but I believe that my love of travel was what really attracted me to the discipline. When I first begin to learn how to utilize GIS, I began a personal project to map all my travels. As I gain more skills, learn new applications, and generally improve my knowledge of the ability of GIS technologies I have continually improved this map. Over the years it has gone from a basic web map with visited countries/cities, geotagged photos, and routes taken to a SQL database where data can easily be updated, edited, or queried.  Of course the project is never finished as I continue to learn new and better ways to improve it.