I took Geospatial analysis course in Fall 2016 term which guided us through different ArcMap tools useful for digital spatial data analysis. For my final project I choose to explore tools in ArcMap for processing data acquired by Lidar technologies.

UAV-mounted Lidar technologies provide measurements of the distance between the UAV and the target which is converted to elevation for further analysis in GIS software. These post-processed spatially organized data are known as point cloud data. The most common file formats of point cloud data are LAS or LAZ (which is a compressed version of LAS). The initial point clouds are large collections of 3D elevation points (y for latitude, and x for longitude, and z for elevation) with additional attributes such as signal intensity and Global Positioning System (GPS) time stamps. Point cloud data represent elevations of the surface including the ground, buildings, forest canopy, highway overpasses, and anything else that the laser beam encounters during the survey. Therefore, these data could be used to derive Digital elevation model (DEM) and Digital surface model (DSM) that could be used further for various applications. In this work the elevation data is used in order to derive tree heights, which in turn may provide information on their age and maturity (e.g. canopy volume).

I decided to explore the two last datasets which are more functional for data processing. According to ArcGIS website, the LAS dataset is useful to produce rasters directly from LAS files and include the influence of breaklines in the process. The terrain dataset can be used to load only required data from the LAS files (e.g., bare earth) into a geodatabase to create a terrain dataset from which DEMs/DSMs could be derived. Terrain datasets support ASCII and LAS formats, while the mosaic and LAS datasets support LAS only (description was found on ArcGIS website).

A LAZ file for a mountain area from Idaho State, US uploaded from the Open Topography website was used for the analysis. The LAZ file was decompressed to LAS using decompression software for further processing in ArcMap.

Processing Lidar Data Using LAS Datasets was conducted based on the information found in the online training course “Managing Lidar Data Using LAS Datasets” by Esri. LAS Dataset allows to easily access and analyze data without pre-processing. Moreover, according to Esri, the LAS dataset is a binary file created and stored in a file folder instead of geodatabase. The LAS dataset stores only the references to LAS files and surface constraints stored on the disk. Therefore, it could be created very fast for large datasets. The file statistics were analyzed easily using the LAS Dataset. The final maps derived from the LAS Dataset are shown in Figures below. 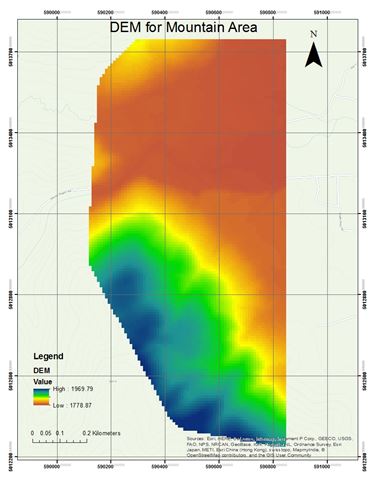 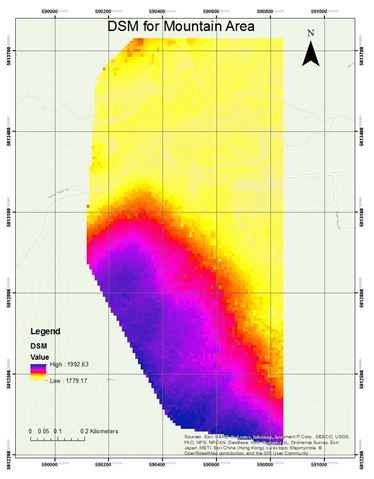 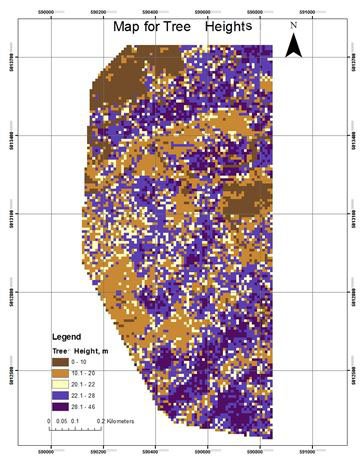 Processing Lidar Data Using Terrain Datasets was conducted based on the information found in the online training course “Managing Lidar Data in ArcGIS 10” and ArcGIS Help. Lidar datasets are usually bulky and require significant computational resources. However, this issue could be resolved by grouping Lidar points into multipoints (according to Esri, “multipoint is a geometry type used to represent numerous points that are grouped into an individual shape”). Then, the obtained multipoints could be loaded into a geodatabase. Each multipoint stores many points using one database row. This option saves storage space and improves input/output (i.e., reading/writing) performance (as described in the training course). The final maps derived from the Terrain Datasets for the original data subset are shown in Figures below. 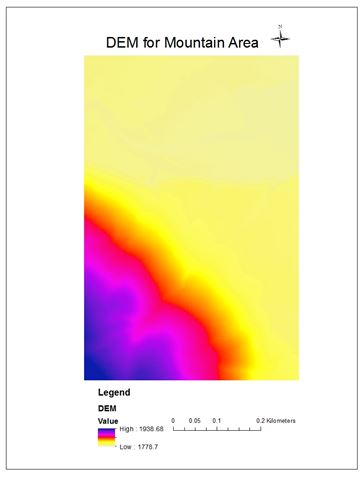 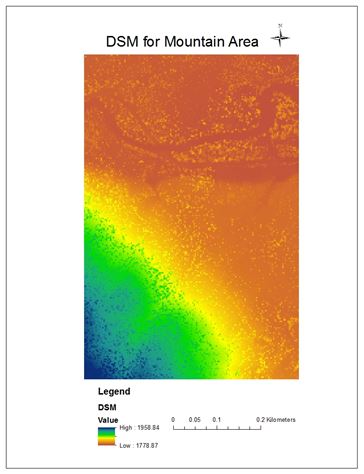 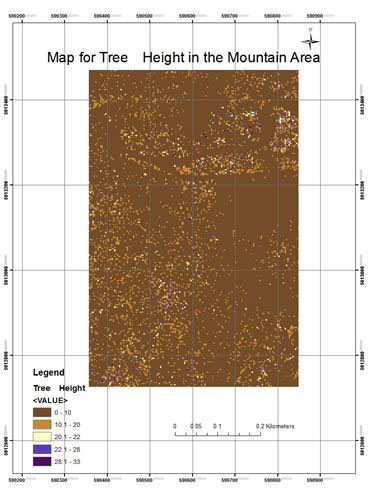