This is a guest post by Simon Fraser University student T’Brenn Kelly-McKinnon, who was awarded the 2015 Esri Canada GIS Scholarship award for his research on mapping invasive Himalayan Blackberry in Surrey, British Columbia.

The recipient of the 2015 Esri Canada GIS Scholarship at Simon Fraser University is T’Brenn Kelly-McKinnon. He is currently in his fifth year in the Geography program and has workplace experience as a GIS intern, a technologist, and most recently, as a geomatics project officer with the Federal Government, where he is presently completing his sixth GIS internship. In the past, he has also worked for Opta Information Intelligence and TransLink’s Infrastructure and Network Management unit.

T’Brenn is currently concluding his final two terms working for the Department of Aboriginal Affairs and Northern Development Canada where he is responsible for producing reports and spatial data products to inform the decision making processes of the Treaties and Aboriginal Governments Unit and to support bilateral government initiatives.

Early in his academic career, T’Brenn recognized the value of developing strong technical skills with the ArcGIS for Desktop suite to complement the theoretical base his education at Simon Fraser University had afforded him. This linkage between theory and practice is reflected in his academic and professional background, where he previously balanced a part-time position with the Fire Underwriters Survey in a GIS role while pursuing full-time study. At 19, he began his first GIS work term for the largest privately-owned insurance services provider in Canada, and by 20, he had jointly published a paper in the International Journal of Natural Hazards on earthquake evacuation priority with professors Nadine Schuurman and John J. Clague. In the past, T’Brenn has volunteered with the Urban and Regional Information Systems Association (URISA) of British Columbia, designing promotional material for the 2014 Esri Canada sponsored conference “Web Maps and Apps”. 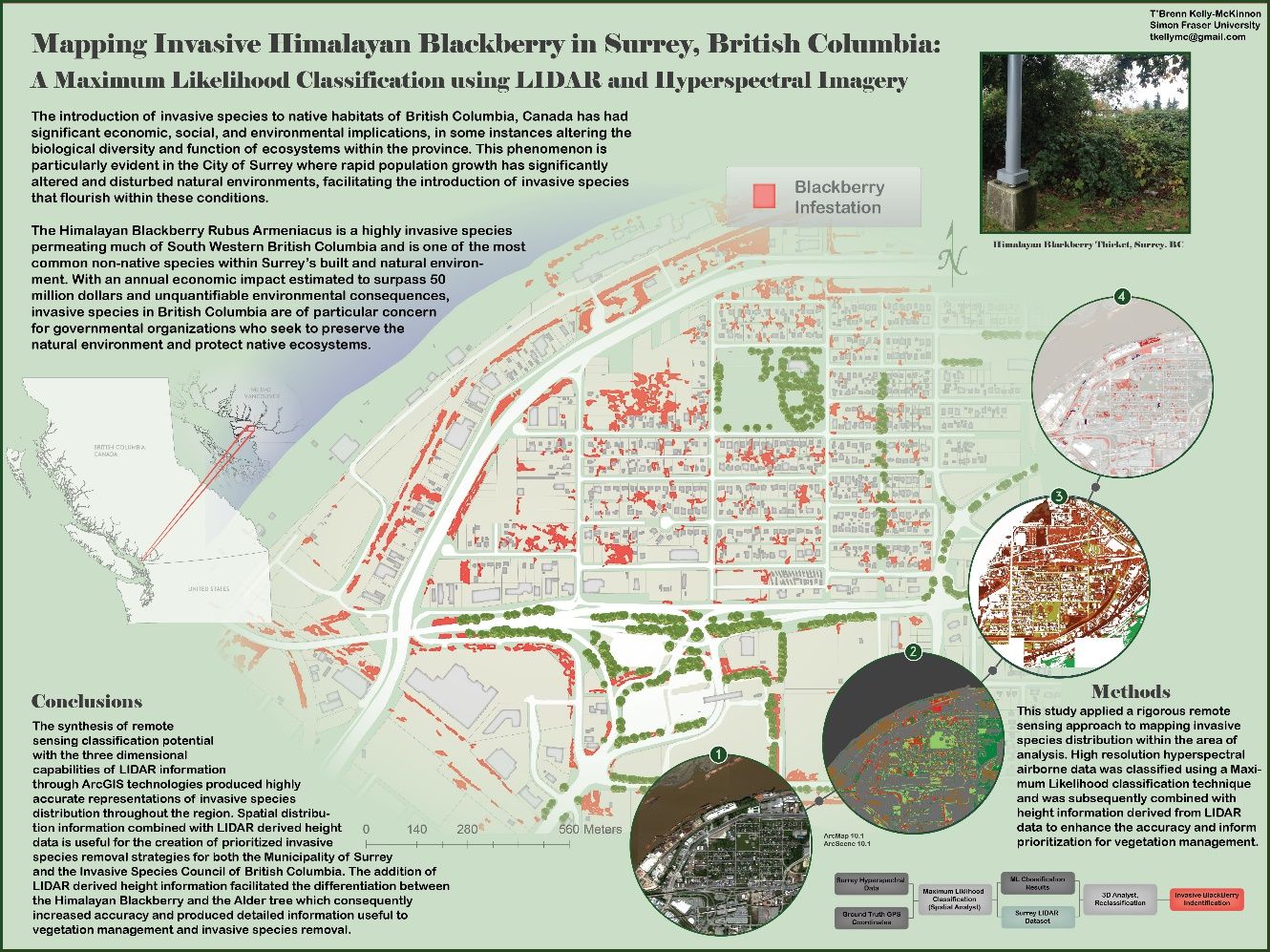 Invasive species identification allows for the analysis of spatial distribution, height, and temporal growth of flora and their impact on the biological diversity and function of ecosystems. Utilizing high resolution hyperspectral airborne data from the City of Surrey, data were classified using a Maximum Likelihood classification technique, and subsequently were combined with height information derived from municipal LiDAR data to enhance accuracy and assist in prioritization for vegetation management. By visualizing invasive species distribution in both two and three dimensions, T’Brenn’s project utilized ArcGIS for Desktop software to identify the scope of the invasion and visualize species interaction with proximal infrastructure. 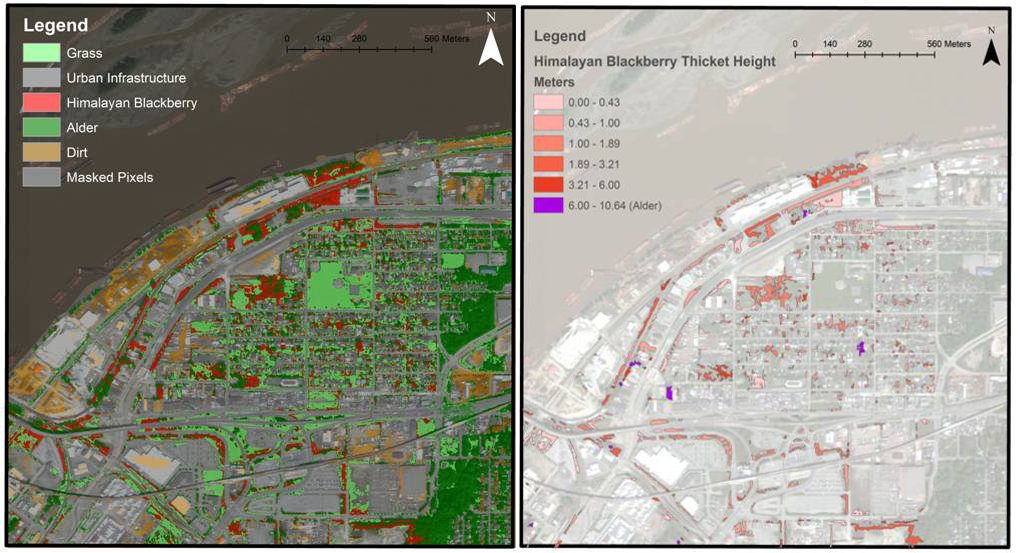 Simon Fraser University’s reputation in Geography and its recent membership in the Esri Canada Centre of Excellence program led T’Brenn to enroll in the Faculty of Environment and ultimately specialize in GIS with aspirations of a career in geomatics. He has his eye on the municipal and private sector when he graduates, and is also considering an entrepreneurial venture in consulting with a specific focus on GIS and engineering integration.