During July 8-12th 2019 I had the amazing opportunity to attend and present a paper at the 2019 Esri User Conference (Esri UC) in San Diego. At the Conference, I had the chance to meet some of the other 19,000 attendees from around the globe who make the Esri UC the largest GIS conference in the world, including personnel from Esri Canada who were also present. 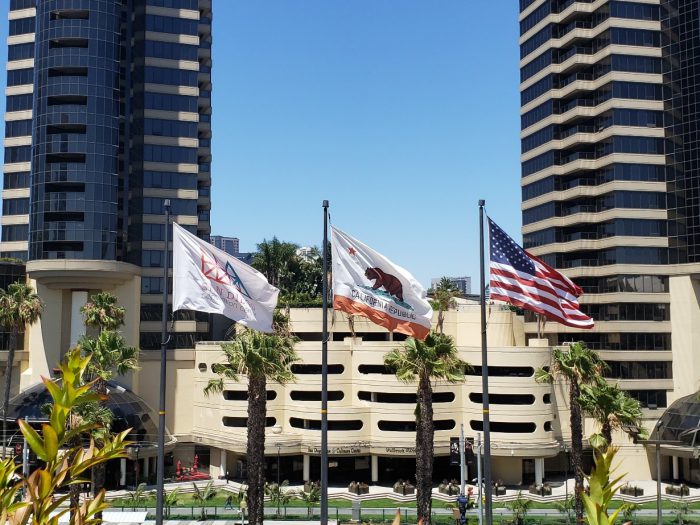 My trip at the Esri UC began with a frantic dash from the airport to the San Diego Convention Center to attend as much of the afternoon plenary session as possible. I arrived in time to learn how GIS is being used around the world. This includes important applications such as: clearing landmines in war-torn countries; understanding religious segregation in Lurgan, Northern Ireland; and protecting wildlife from poaching in national parks across Africa. One of the highlights of my trip was Jack Dangermond hosting Jane Goodall and Ed Wilson for a conversation on biodiversity and conservation. During this plenary presentation we witnessed Jane mimic the chimpanzee behaviour of keeping friends clean by pretending to pick mites out of Jack and Ed’s eyebrows.[/caption] 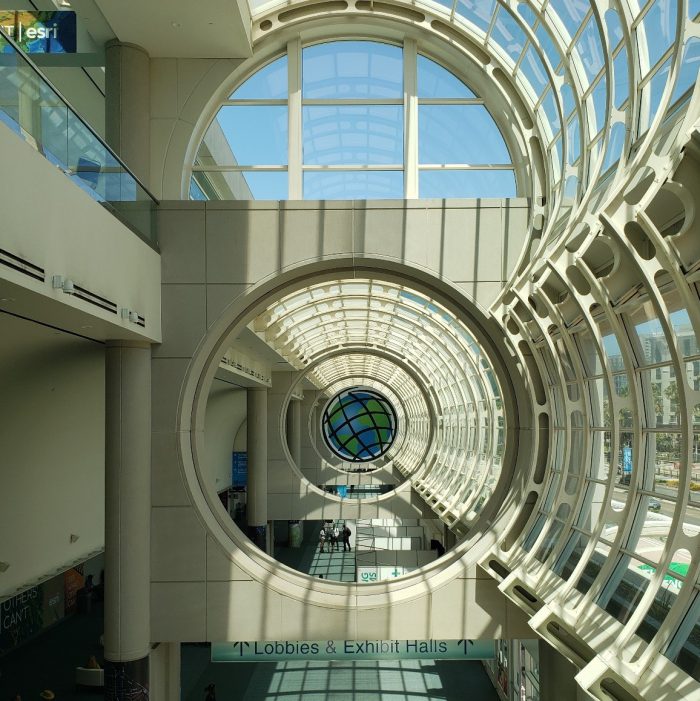 The next morning, I presented research work from a paper I co-authored with my PhD supervisor Dr. Suzana Dragićević (DOI: 10.111/tgis.12551). This was part of a series of sessions hosted throughout the day published in the special issue of the Transactions in GIS journal. The research work presented is related to a 4D agent-based modeling approach developed and applied in a case study of forest-fire smoke and the record-breaking fire season in British Columbia in 2017. That evening was the Canada Night event, hosted at a venue overlooking North San Diego Bay and Coronado. It was great to reconnect over a nacho bar with friends and colleagues from the University of Waterloo where I completed my MSc degree. 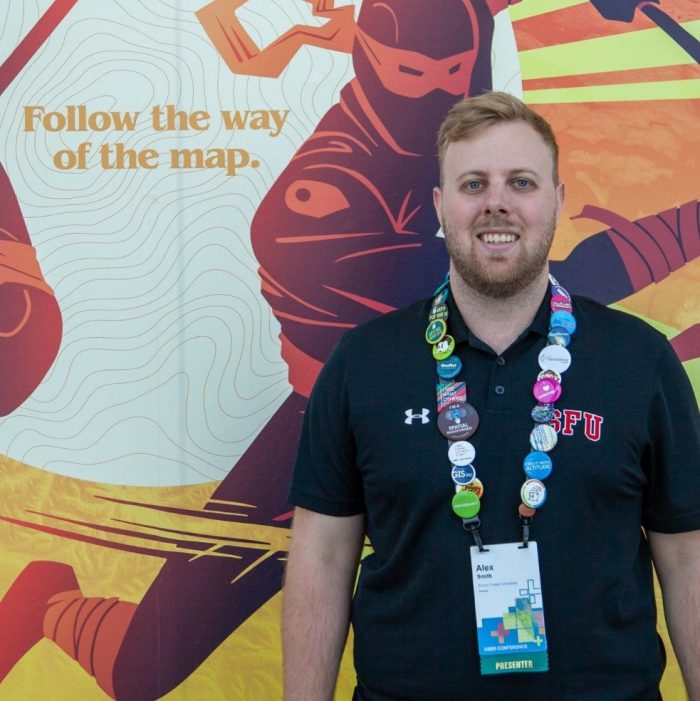 During the week, I focused on attending sessions related to modeling in 3D space and time, visualizing 3D data in ArcGIS desktop and advancing the visualization capabilities in ArcGIS Pro. Esri UC inspired me to look more into the potential of other Esri products and how they can be useful for my future research. Between sessions, I explored the Expo floor and Map Gallery, talking to as many vendors and other attendees as I could. It was fantastic to talk and learn about the different directions and advancements of GIS in the private sector and how they relate to the current research in academia.

Thursday night, along with a few of the attendees from Esri Canada, I went to the party in Balboa Park. I filled up on the delicious food from many around the world as we walked around the different museums and listened to live music from various stages. The Thursday Night Party was a ton of fun and was a great way to end the week at the Esri UC. Friday was spent touring San Diego by electric scooter followed by a Padres’ baseball game with Jonathan Van Dusen from Esri Canada. Unfortunately, the Padres lost but ex-Toronto Blue Jay Josh Donaldson got two home runs for the Braves! 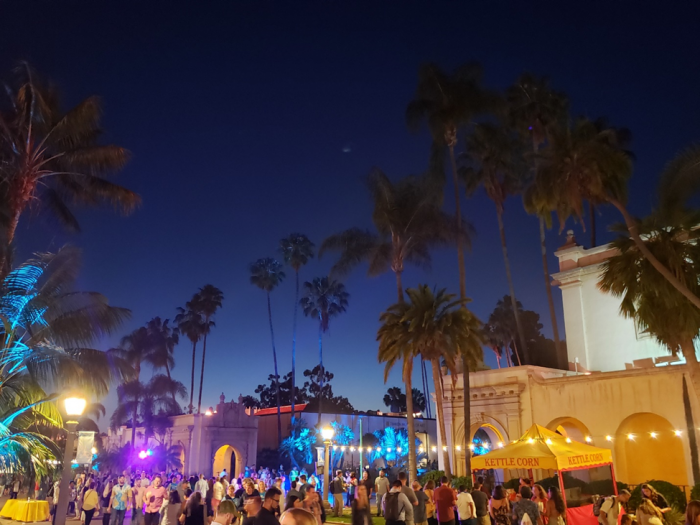 I thank Dr. Suzana Dragićević for supporting my research and assisting me to attend this exciting conference through her NSERC Discovery Grant. I would also like to thank the Simon Fraser University Department of Geography for the Travel and Minor Research Award granted to me for this trip, and to the SFU Esri Canada Centre of Excellence for the 2019 Student Achievement Award.