I can’t deny it, GIS has played a major role in both my studies and past jobs, but Esri was never on my radar as a place to explore for a future career because of where my academic background stems from. Let me provide you with some context. I’m an aspiring ecologist and conservation biologist, and I spend most of my time digging around in nature, literally, studying the world we live in from a perspective few who use GIS even realize is possible. To pigeonhole myself even more, I study the ocean, globally, and in that ocean, I look at sharks. Yep, exactly what you’re thinking, the ones with razor sharp teeth, the ones from the movie JAWS, or the animals whom are known by society as ‘aggressive’. But they’re also the animals who 66% of all species require some degree of conservation aid, and half of that 66% encompass species who are threatened. So no, I don’t get to swim with sharks, but I use a lot of spatial analytics of their distributions to understand where they are in the ocean and why, and how those distributions might change in the future as our environment changes. 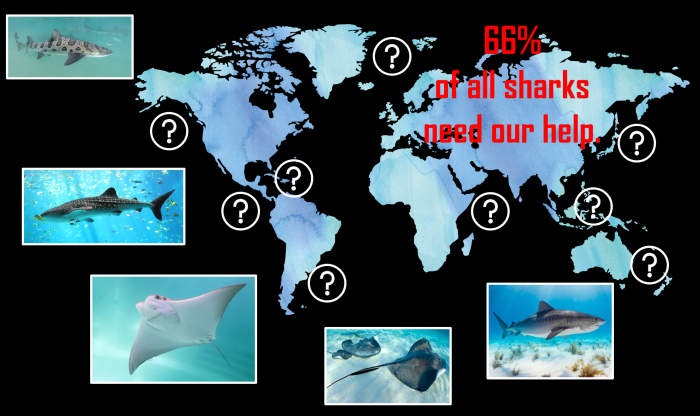 At this point you’re probably asking yourself what all this has to do with the Esri International User Conference. I’m sure you could get feedback from hundreds of people as to why it’s beneficial to be a student assistant at an Esri conference (of which I was so lucky to be one at this year’s conference), and even more people on why you should go to the User Conference in San Diego in the first place. Instead of providing you with more feedback of which you are already stacked up on, I’m going to highlight to you why this conference in particular was so good for me, but also how it could be so much better for someone in my field of research.

Besides having a phenomenal time with all the other student assistants I got to work with, getting to interact with attendees in a variety of ways, explore a little of San Diego for the first time, and learning a whole lot in the span of 7 days, there’s a piece of the conference that spoke to me above almost everything else. 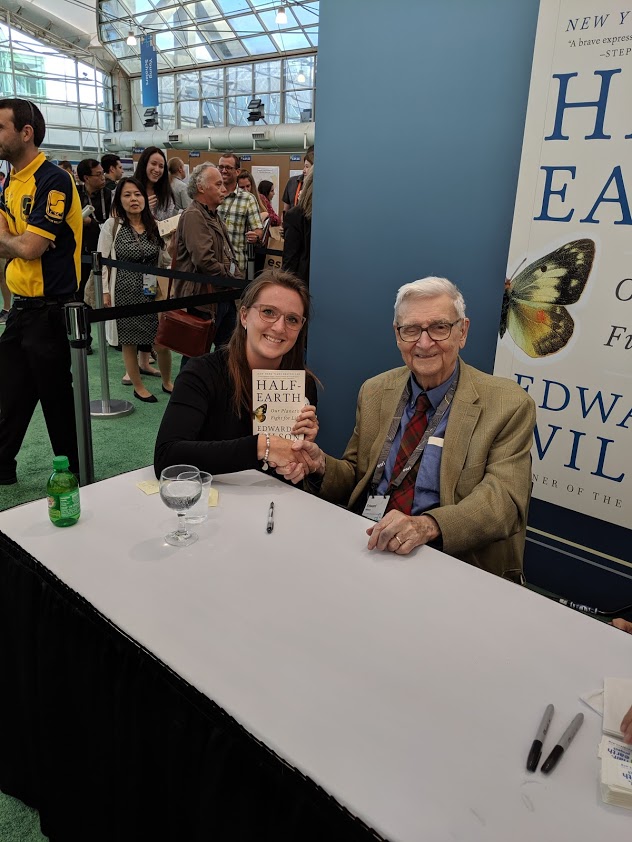 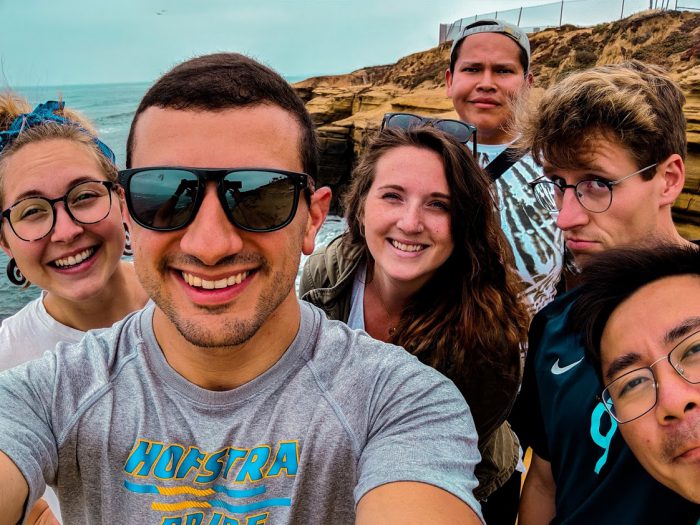 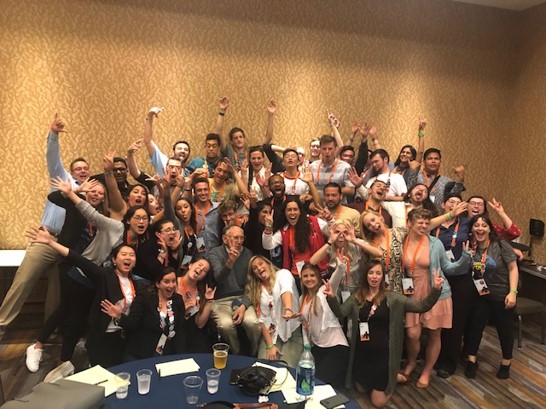 If any of you attended the conference, or watched the plenary online, you’ll know that (1) both Jane Goodall and E.O Wilson spoke in an open discussion format, and (2) the CEO of National Geographic also gave a talk. These people are critically important as a whole because of what they bring to the table individually. One of them has contributed to our scientific knowledge of the environment for decades (E.O Wilson), another is both a scientist and philanthropist for the conservation of nature, helping people make the human-nature connection (Goodall), and lastly National Geographic puts a lot of what these scientists and researchers (like me) do front and center for the public. They make our work attainable to the vast majority of the population, leading with the idea that with more information comes a greater desire to make positive change. Without research we wouldn’t have philanthropists or magazines like Nat-Geo to speak to the public in captivating ways, and without the latter, our scientific impact would be far reduced. No one discipline is better than the other, but we need all three if things really are going to change.

Of all the years I could have attended the conference, this was probably the year with the most ecological and scientific content (a plus for me!). I got to meet some world-renowned people, give a talk on my own research, and chat with and experience a phenomenal presentation by Dawn Wright. I think the conference this year took important steps in showcasing how much we can use GIS for science and research, something I didn’t know was on Esri’s radar until this conference. However, after the plenary, it felt like science and research took a back seat for the rest of the week. Sure, there were talks available to go to that were somewhat related to ecology, but few spoke about their research and instead focused on cool new things they built (which is still great, don’t get me wrong). Things were very ‘techy-techy’ and 3D advanced from my perspective, when sometimes stepping back to the fundamentals of GIS can open more doors to the people listening in on your presentation. Smaller doesn’t mean less important. For example, discovering how others are exploring their spatial data that could be different than your own approach. As this scientific approach by Esri all seems fairly new to me, I am excited to see where they take it next and how it might expand in the following years of the conference. If you want to check out some of what they do in the research field, this link is a great start: https://www.esri.com/en-us/about/science/overview

Being one of the few people who use and understand GIS in my greater than 50-person wide research group, I see the disconnect between ecosystem-based science/research and GIS, and I think having conferences that include more content like this year’s user conference could go a long way. Studying sharks using GIS isn’t a bad thing, it’s just a new thing, an unfamiliar thing. So, I say let’s embrace the new and unfamiliar, and open doors to scientific researchers who could really benefit from the resources GIS can provide. GIS is this ever changing puzzle piece for hundreds of disciplines, and Esri is the platform that can make all the puzzles fit together.

So fish or no fish, just keep swimming, and hopefully we’ll get a few more ocean creatures in the mix next time around! 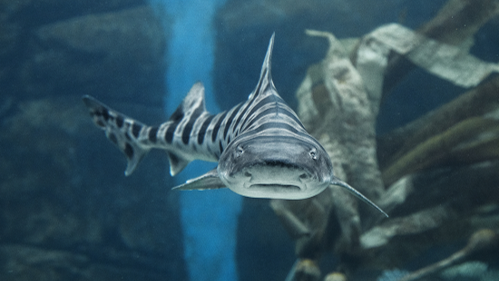